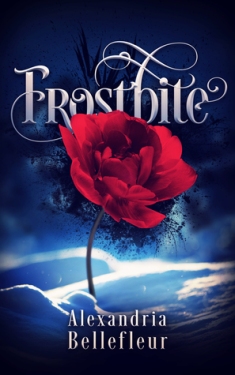 After his sister touches a lethal Frost Flower and succumbs to Frozen Sickness, Rainor seeks out the mysterious Dragon, who purportedly holds the only cure for the fatal disease. In gratitude for saving his sister’s life, Rainor agrees to bring him fresh bread twice a week—despite the man’s insistence he wants for nothing.

As Rainor makes his deliveries, the two slowly become friends, and Rainor finds in the Dragon all the things he never found in his little village. But on his way to make his latest delivery, the unthinkable happens, and Rainor fears that if he asks for the cure he needs to live, he’ll lose the man he’s coming to love…

My View: Frostbite is a cute take on an old fairytale. The settings, atmosphere, and period characterization were excellent. The handful of characters is diverse and well-thought.

Drachen and Rainor are an interesting couple. I enjoyed how their friendship started and how they complemented each other. They have similar stories and family plays a role in their pasts and futures.

My only complaint is about the pacing. Not because it’s a short story, but because the time lapses seem randomly selected. Some unimportant details took the place of more relevant information.

What I liked the most: The main characters.

I wanted more/less: Less of a time lapse.

Who should read it: Fans of fairytales.

ARC provided by Less Than Three Press, via NetGalley, in exchange for an honest review. 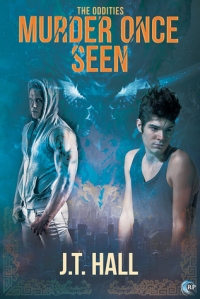 In the city of Nis, things often aren’t what they seem.

Derwin is a bounty hunter gifted with the Oddity of superhuman strength and agility—perfect for hunting down fugitives and demons who roam the streets. One killed his boyfriend two years ago, and Derwin won’t stop until he finds out who. Police suspect it was someone he sent to prison, but he can’t shake the idea that they’re missing something.

Elliot is a rentboy who’s been living on the streets since his parents disowned him. He mistrusts everyone and, given his uncontrolled ability to Read Objects and a client list that includes a major gang boss, despairs of ever having a normal life.

Derwin and Elliot meet in a storm of lust. Derwin’s Oddity is fed by the pain of others, but he only wants what’s freely given. Elliot loves pain, but needs safety and a way off the streets before he can allow it. They may be able to solve each other’s problems . . . if they can survive long enough to work together.

My View: I’m not an urban fantasy/dystopian fan, but this story won me over; it was really hard to put down. I wanted to slow down to enjoy the story, but at the same time, I wanted to read faster to know what would happen next. The author did an excellent job making sure all the plot arcs were interesting and well-fleshed.

The world built worked with the story and all foreign concepts and fantasy terms were easy to understand throughout the book. It is a nice setup to start the series and introduces many human-liked oddities that are fresh and interesting. The way Derwin’s and Elliot’s oddities worked together is another example of how good this story is.

Overall, Murder Once Seen has a satisfying HFN in a world different from ours, but with enough similarities to be easily navigated. It has enough smexy times, as well as, gritty moments. The main characters love isn’t pretty, but it’s filled with the hopes for a brighter future.

What I liked the most: The way Derwin feds from Elliot.

I wanted more/less: Probably a more defined DS relationship between Derwin and Elliot.

ARC provided by Riptide Publishing, via NetGalley, in exchange for an honest review. 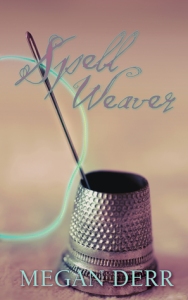 Myka’s dream was to someday own his shop, making and spelling suits that were prized throughout the world. Instead, he rejected an apprenticeship with a master who proved to be reprehensible—and touchable—and lost everything. Now, he works in a derelict shop in the wrong part of town, and it’s only a matter of time before he’s caught spelling without a license or thrown out by his odious landlord.

The only bright part of his days are the occasional visits from his best client, Johan, a man who works in the palace and always brings the finest suits to have spelled. When he accidentally leaves behind an invitation to the royal ball, Myka takes it, determined to have one evening where he can enjoy himself—and perhaps even spend time with Johan as something other than a spell weaver.

My View: Spell Weaver is a fresh take on the Cinderfella troupe. Myka has been working hard since his master died to keep his little shop open, but without his license, he doesn’t see his life changing anytime soon. The only bright part of Myka’s day is the times when Johan visits his shop. And the work he gets from him is an added bonus.

It’s easy to fall for Myka in such a little story, and the way he talks about Johan makes the reader want to cheer for them. There are some unique twist and turns in the story that might get the real Cinderella blushing, but worked well with the story. Other elements like the fairy godmother, the animals, etc. are absent.

The spell weaving concept is fascinating and I wish we had more time to learn more about it and to see Myka succeed. The resolution felt a little rush, but that’s to be expected in a short story. Overall, this is a very sweet and sexy story–easy to read and love.

What I liked the most: How much the MC wanted each other.

I wanted more: Time to enjoy the MCs’ relationship.

Who should read it: Fairy tale lovers.

ARC provided by Less Than Three Press, via NetGalley, in exchange for an honest review. 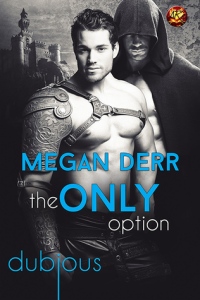 A desperate dragon. A lonely necromancer. A marriage neither wants.

When he is summoned to the royal castle, Rochus anticipates nothing more than a particularly difficult assignment. The bothersome journey is almost made worthwhile when he is propositioned by a young, beautiful dragon, Tilo, who seems untroubled by the fact that Rochus is a necromancer.

When Rochus arrives at the castle he is ordered to marry the very same dragon he spent the night with. Though Rochus would rather sign papers and return home, he is helpless against Tilo’s pleas for help, even if it means spending more time around a man he is desperately drawn to but who doesn’t seem to want him.

My View: The Only Option is a nice little fantasy novella with great characters and a lovely relationship. Since we first met Rochus, we get charmed by the older necromancer with a chip on his shoulder. His story, the settings, and the reason for his travel engaged the reader since the very beginning. And his meeting with Tilo just added the perfect mix of flirting and desire.

The time Rochus spent at the castle seemed to short for the length of his travel, but Tilo’s apparent betrayal justifies their course of action. They worked great as travel companions, friends, and lovers. Even when both of them are trying to guard their hearts– it becomes an impossible mission as they get to know each other. The more time they were together, the harder it was for them not to want more from their marriage of convenience.

The author managed to create a compelling story even with a reduced amount of characters involved. The story was well fleshed, but it’s easy to want more from it anyway. Rochus’s pets were great and an integral part of the story. Overall, an excellent novella with a potential for more books in a series.

What I liked the most: I loved the relationship between Rochus and Tilo. The easy way they worked together.

I wanted more: Of everything.

Who should read it: Fantasy fans are up for an excellent story.

ARC provided by All Romance eBooks, via NetGalley, in exchange for an honest review.